Paris. The glittering jewel of the Continent, the perennial City of Light. It is the pulse point for romance and revolution, art and ideas. The singular magic of Paris after dark beckons all: the artist, the tourist, the intellectual, the lover, the wanderer. It is the time when the sidewalk cafe society blossoms fully, a rainbow-hued flower of the night, scented with intrigue, laughter and passion.

A grand triumvirate of cafes are found on the Boulevard St. Germain du Prie – the Brasserie Lipp, the Café Deux Magots, and the Café de Flore. For nearly a century, these establishments have enjoyed unflagging popularity, and have become as legendary as some of their patrons, including one who chose to immortalize the vibrance and glamour of it all. The patron was LeRoy Neiman. The place was the Cafe de Flore.

Neiman’s Cafe de Flore is the essence of Parisian “joie de vivre” – sparkling, warm, colorful and brinming with conviviality. The scene is timeless. Accordian music wheezily counterpoints a dozen conversations. Love plays its own tune, and the chorus, it seems, is sung by humans and canine companions alike. Beneath a black velvet night sky, Cafe de Flore’s sidewalk society enacts an imperishable drama: the characters may change, but the scenery and the stories endure.

LeRoy Neiman’s visual chronicles of the world at work and play are charged with an electric confluence of hold line and brilliant color. His inimitable style reflects elements of Expressionism, Social Realism and Abstract Action Painting, but it is his ability to suggest movement within the context of a static medium that sets LeRoy Neiman apart. His images communicate impulses and actions, from the lofty heights of aristocracy and celebrity to the more pedestrian pursuits of ordinary folk. The transitory is given substance; the fleeting impression is rendered indelible in paint and ink. 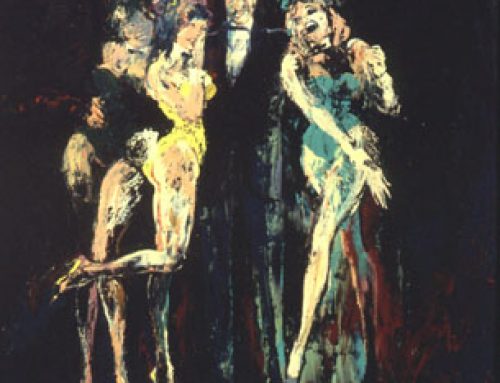 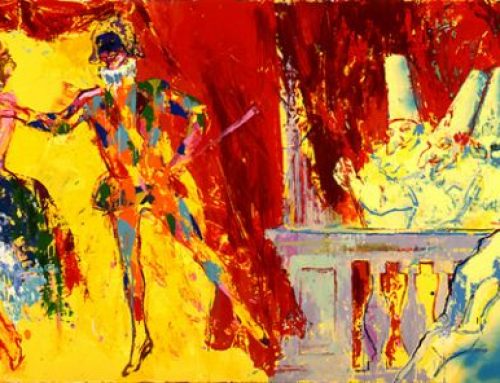 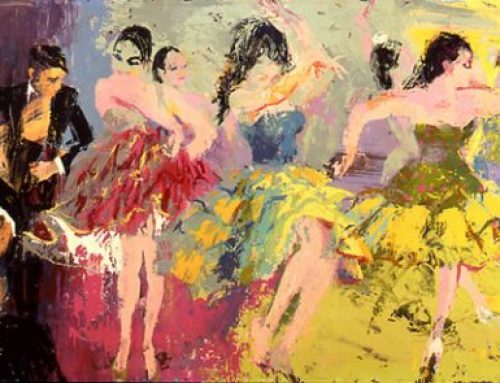 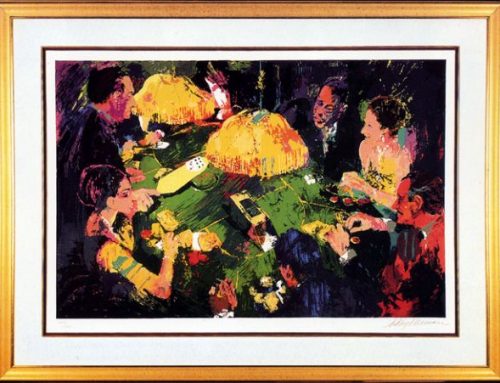 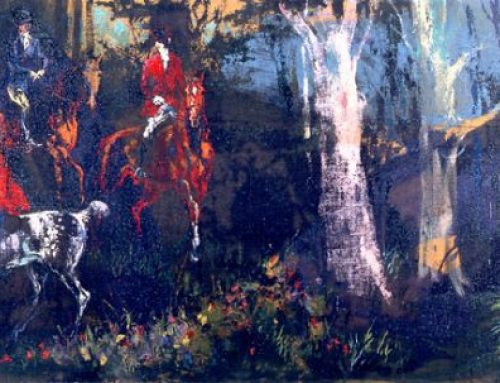 The Hunt of the Unicorn (Panel 8) Gallery

The Hunt of the Unicorn (Panel 8)